Allegiance is a multiplayer space combat sim originally developed by Microsoft that offers the action of ship-to-ship combat. From small, agile scouts to massive destroyers, you not only fly but also man the turrets. With real-time strategy components such as fully upgradeable tech and massive multiplayer capability, Allegiance stands at the forefront of online interstellar combat. 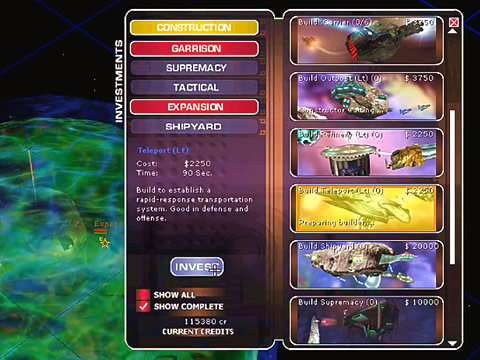 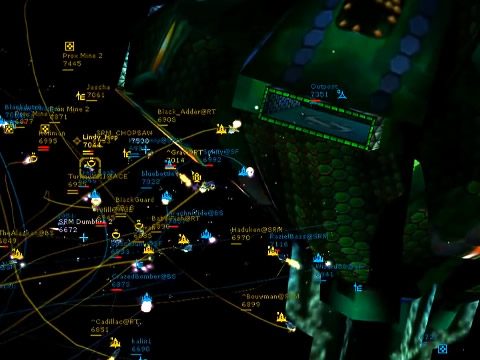 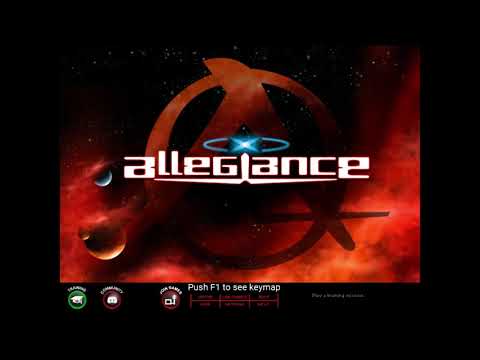 Everything is as you would expect from an RTS including tech trees, exploration, and base building. Except, of course, every unit aside from miners and base constructors is flown by a real player.

Each team has a commander, usually a veteran with extensive knowledge of the game’s factions, economy, and strategies. The commander manages the team similar to most strategy games utilizing the overhead command view.

Most modern shooters are a dumbed down experience where it is more about constant action, not strategy and team-work. Allegiance has a higher learning curve but provides an extremely rewarding experience.

– Scouting the Map –
Like many RTS games, you start with most of the map undiscovered and your objective is to wipe out your enemies bases. Maps are broken down into several sectors. Usually most of the team will escort a constructor in one direction while a few others scout out the rest of the map and set up early warning sensors (probes). Sometimes commanders send their initial base constructor to the same sector and some early chaos ensues.

– Tech Path –
Early in the game team commanders must decide on the team’s first tech path. Each tech path has strengths and weaknesses, so hope your commander chooses wisely!

– Economy and Base Building –
Economy is key in Allegiance so both hunting enemy miners and defending your own is essential. Just as important is making sure your base constructors reach their targets, providing forward outposts from which to launch attacks.

– End Game –
Often a team that is well coordinated with strong dogfighters will begin taking control of the game. However many games remain relatively even and there is still much work left to be done. An additional tech base or shipyard is usually constructed to support your primary tech. Eventually one team will start wearing down the other. But a well coordinated assault on a key enemy base can easily bring your team back to even strength.