From FreeAllegiance Wiki
(Redirected from CSS)
Jump to: navigation, search 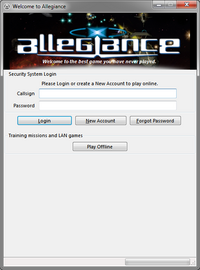 ACSS is an acronym for Allegiance Community Security System. It is the open source replacement for ASGS.

Implemented in the R7 release, ACSS strives to enhance the security in comparison to the old ASGS client.

If you are new to Allegiance, much of this information can be safely ignored. It's more about the differences from our old security system ASGS.

ACSS was released on October 15th 2012. The basic function are available and new features will be added. For more informations visit the forum or take a look at TRAC (links blow).